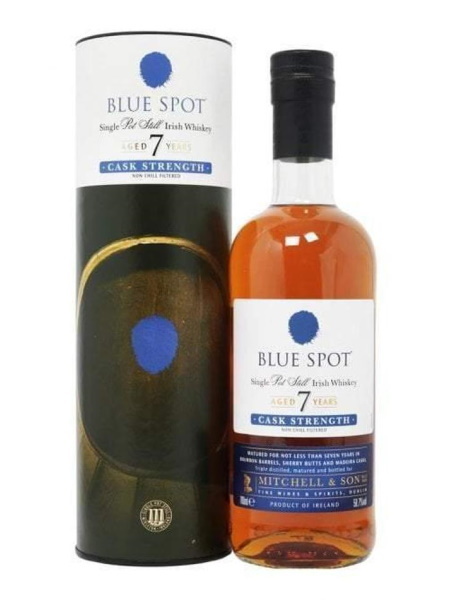 The resurrection of the Blue Spot whiskey completes the original Spot family adding to the Yellow, Red, Gold and Green Spot range. The last recorded bottling of Blue Spot was in 1964. The whiskey takes its name from the blue daubs or ‘spots’ of paint that the Mitchells used to mark the barrels to signify that the whiskey in those casks were to be matured for a minimum of seven years.

Blue Spot is matured in Madeira casks, that are made in a cooperage in the north of Portugal and then sent to the island of Madeira. It is non chill-filtered with an annually varying abv, this one is 58.7%.