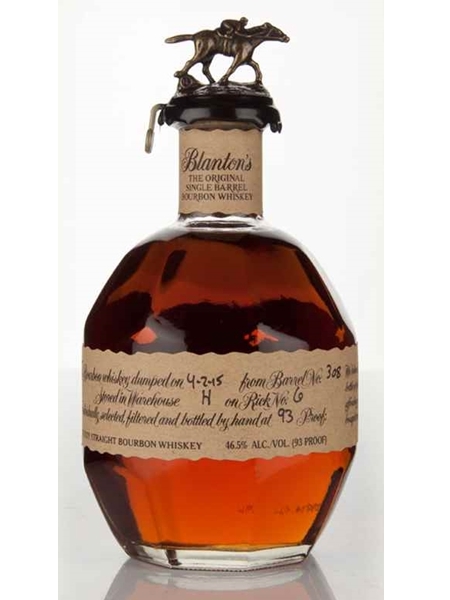 Blanton's single barrel was introduced to the market by master distiller Elmer T. Lee in 1984, a year before he retired. It was a significant release, as it was the first every single barrel bourbon. Lee's inspiration for the brand came from his predecessor, Colonal Blanton. Blanton used to hand select "honey casks" from a particular part of warehouse H, which seemed to mature far better than all others. These casks would be used for private bottlings given by Blanton to important guests. This bottle is from barrel 1624 bottled at 65.1% ABV.