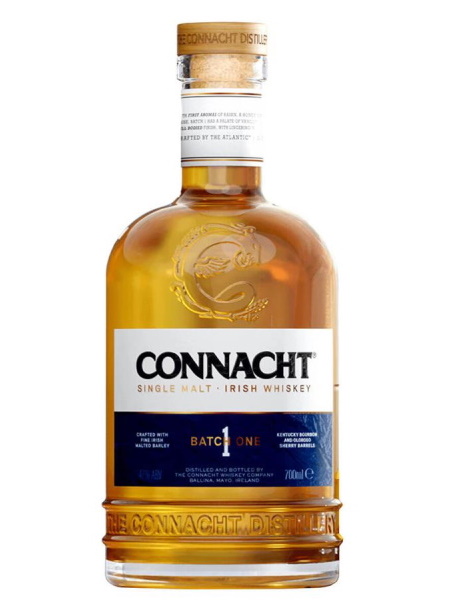 The distillery was founded by Master Distiller Robert Cassell and his team who saw the potential in Irish whiskey. The derelict old Duffy’s Bakery site in Ballina was converted to a modern distillery with a €10m investment. Whiskey production commenced in 2016.

Batch 1 is the first from Connacht Distillery’s copper pot stills. It is double distilled, aged in ex-Bourbon barrels and then finished in Jerez sherry casks with a total maturation time of four years.

It is the first whiskey produced in County Mayo in over 150 years. It is bottled at 47% abv.