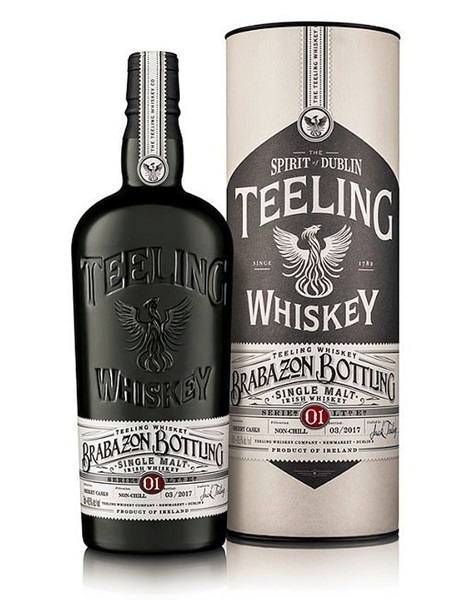 The Teeling brothers, Stephen and Jack, continue to make releases from their ex-Cooley stock while they lay down their own new-make spirit from their 2015 distillery in Newmarket, Dublin. This new release, the first in a series, honours the man responsible for the commercial growth of the Newmarket area in Dublin, Brabazon, the 3rd Earl of Meath.

Batch 01 of the Brabazon series is all about the sherry influence on whiskey. The Teelings have vatted various sherry casks to make this 12,500 bottle release. 90% of the content is single malt exclusively sherry butt matured from 2005, 2007 and 2008. Another 5% is from sherry finished casks from 2002, both Olorosso and Pedro Ximenez. The final 5% is from exclusively sherry matured hogsheads from 2001. This release is non-chill filtered and bottled at 49.5% ABV.