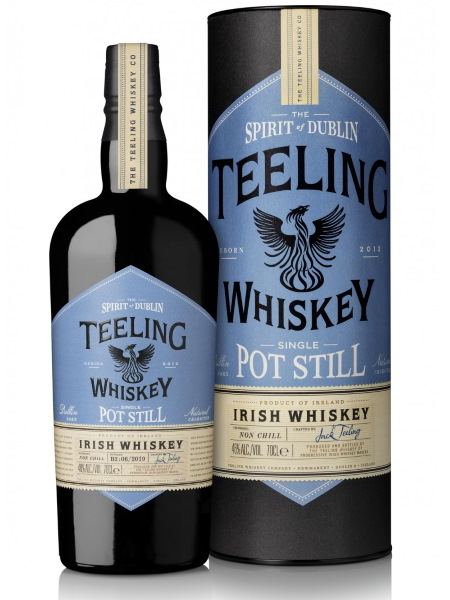 On the back of the sale of the family owned Teeling's Cooley distillery, sons Jack and Stephen setup and began distilling in the Liberties of Dublin in the summer of 2015. While there have been several releases in the past few years under the new Teeling Whiskey brand, the Single Pot Still releases are the first commercial releases of spirit distilled in their new distillery. The first batch was released in 2018.

Batch 3 was bottled in June, 2019. Its mash bill is 50% malted and 50% unmalted barley and it has been aged in a combination of virgin oak, ex-wine, and ex-bourbon barrels. It's non-chill filtered and bottled at 46% ABV.