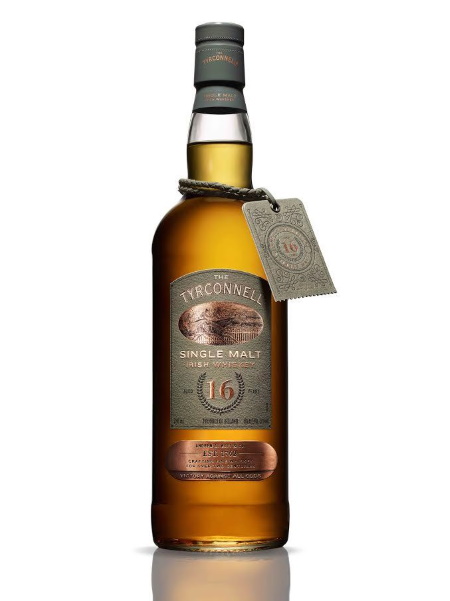 The Watts distillery (Andrew A. Watts & Co. Ltd., Londonderry - reputed to be the first distillery in the world to install a patent still) dates back to 1762 and had a proud tradition of producing good whiskies. Tyrconnell was their flagship brand which was a best seller in the United States before Prohibition and is named after a very successful racehorse owned by the Watt family. This historic whiskey brand has been kept alive by Cooley Distillery who has maintained Tyrconnell's reputation as shown by its Gold Medal win at the 2004 International Wine & Spirits Competition. The brand remained dormant till 1988 when Cooley Distillery acquired this old brand and went on its way to bringing this historical Irish whiskey brand back to life. The brand is now owned by the Killbeggan Distilling Compoany which is in turn owned by Beam/Suntory.

The Tyrconnell 16 Year Old Single Malt is aged exclusively in American white oak ex-bourbon barrels and is bottled at 46% ABV.