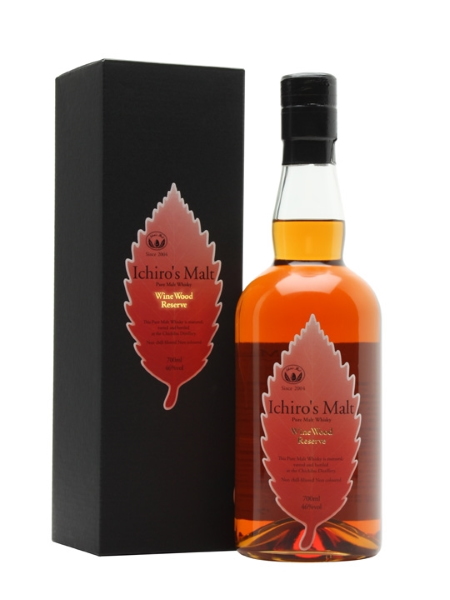 Ichiro's Malt Wine Wood Reserve is a blend of malt whisky from Chichibu, Hanyu and other world distilleries vatted in unusual 2,000 litre ovum/egg shaped casks made from French oak by the Taransaud Company in the Charentes region, France. It is bottled at €46% ABV.