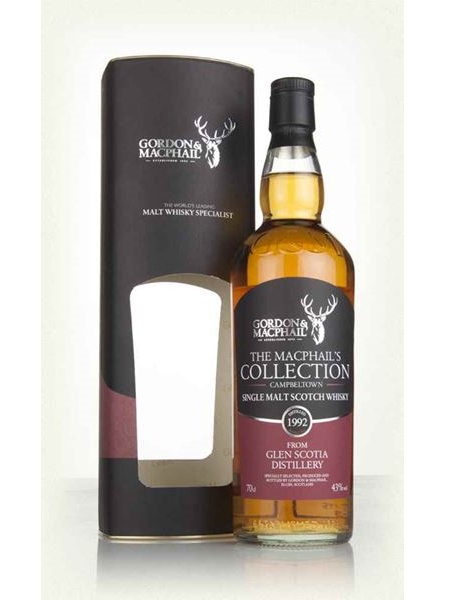 Gordon & MacPhail are a family run independent bottler, founded in 1895. The Urquhart family run the Elgin based business in the north east of Scotland.

Glen Scotia distillery was founed in 1832 and is one of only 3 distilleries located in Campbeltown. They produce both peated and unpeated single malt. This particular release, part of the MacPhail's Collection, was distilled in 1992, matured in re-fill sherry hogsheads and bottled in 2015. It's bottled at 43% ABV.