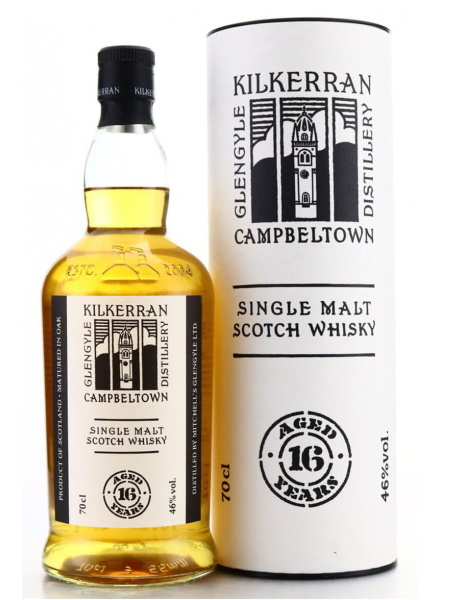 Glengyle is one of two Campbeltown distilleries owned by J & A Mitchell. Opened originally in 1872, it closed in the 1920s, and was acquired by the Mitchells who restored the distillery which produced its first whisky in 2007. They did not acquire the Glengyle brand so its single malt is bottled as Kilkerran. Kilkerran is derived from the Gaelic ‘Ceann Loch Cille Chiarain’ which is the name of the original settlement where Saint Kerran had his religious cell and where Campbeltown now stands.

This Kilkerran has been predominantly matured in ex-Bourbon barrels (96%) with another 4% being aged in ex-Madeira casks.

It is bottled at 46% abv, non-chill filtered with natural colouring.