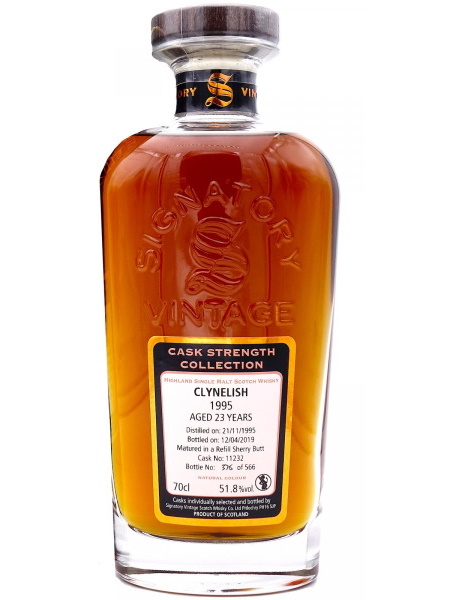 Clynelish Distillery, owned by Diageo, was built in 1967 near Brora, Sutherland in the Highlands of Scotland, on the East Coast about one hour north of Inverness. The original distillery was built in 1819 across the road from the current distillery and its buildings are now used as a visitor centre and warehouse.

A new still room was built in 2017 and it contains 10 washbacks and three pairs of stills producing almost 5 million litres of alcohol per week.

Clynelish 23 Year Old Single Malt has been matured in a single refill sherry butt for 23 years, before being bottled by Signatory Vintage in 2019 and belongs to its Cask Strength Collection. It is bottled from refill sherry butts at 56.3% abv.