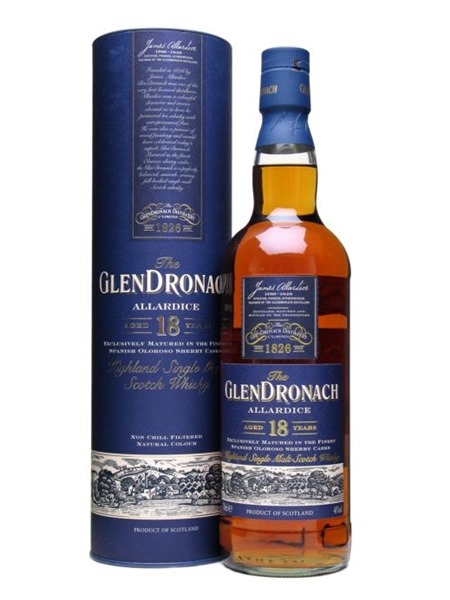 Since the 1960s, when the distillery was acquired by Teachers, the distillery has had many owners. A deep tradition of sherry maturation changed with the introduction of ex-bourbon maturation. In 2008, a small consortium took ownership and some of that tradition was rekindled and a 12yo, 15yo and 18yo became part of their core range. In 2016, that independent ownership came to an end with Brown Forman buying the BenRiach Company.

The Allardice, named after the distillery founder, James Allardice, is an exclusively sherry matured whiskey, aged in Oloroso casks for a minimum of 18 years. It's non-chill filtered, natural colour and bottled at 46% ABV.