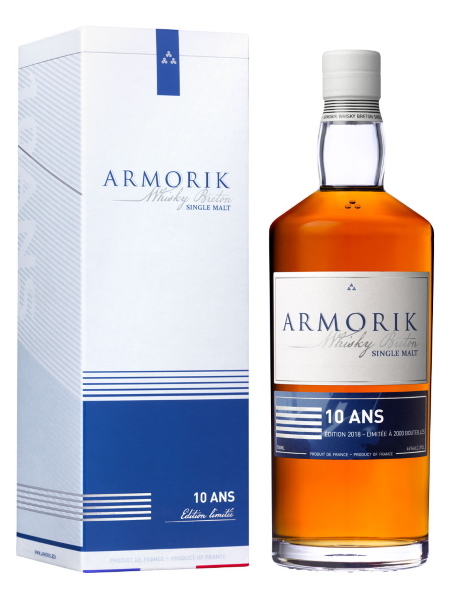 Armorik 10 is a limited edition release each year of just 2000 bottles. It is matured in bourbon casks, finished in Olorosso sherry casks, and bottled at 46% abv.