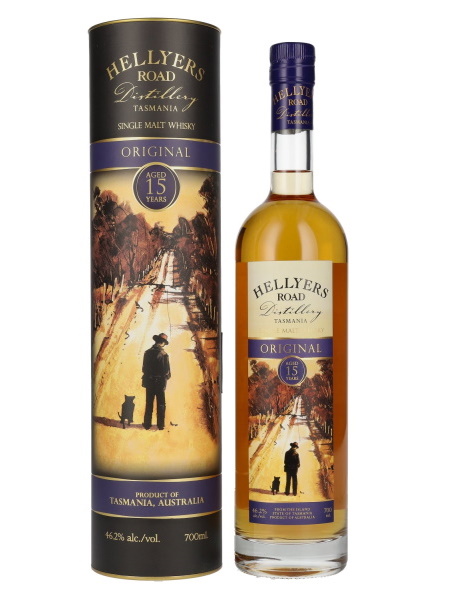 Tasmania was a British penal colony in the early 18th century and was awash with illicit stills before outright prohibition was declared and lasted 150 years. The 1990s brought the re-birth of distilleries and by 2020 there were over twenty distilleries on the island creating a vibrant whisky industry.

Hellyers Road Distillery was founded in 1999 by a group of dairy farmers. It takes its name from a road surveyed in 1827 by explorer Henry Hellyer, the first European settler to explore the interior of Tasmania’s northern region.

This Original 15 year old is bottled on site from American oak ex-bourbon casks, at 46.2% abv, with no added colouring and is non-chill filtered.