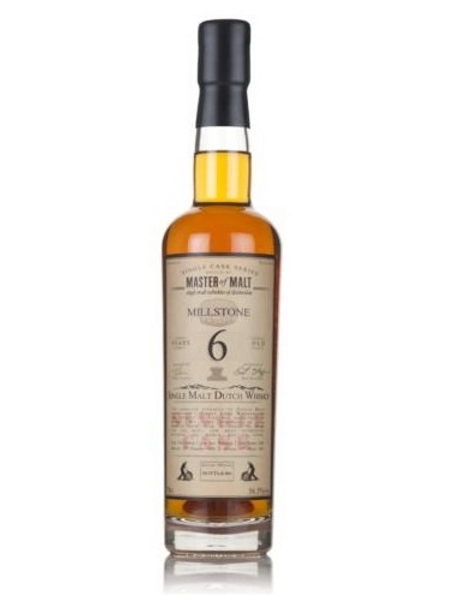 Dutch Whisky from the Zuidam Distillery

Master of Malt, founded in 1985, are a fantastic retailer and independent bottler based in the UK. They sell 3cl samples of their own bottlings, allowing people to try before they buy.

Millstone 6 year old single malt, single cask was selected from the Zuidam distillery in Holland. The Millstone brand was choosen to honour the traditional Dutch windmills which milled the malt for the distillery. This is a single cask offering, matured in a bourbon barrel, probably first-fill, and carrys a fair punch being bottled at 55.3% ABV.