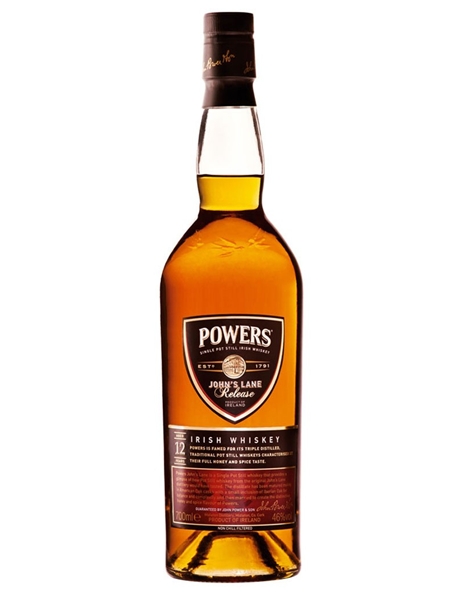 Powers John's Lane is an award winning and widely respected Irish Single Pot Still whiskey. It has been aged for a minimum of 12 years in ex-bourbon (mainly) and sherry casks. First released in 2011, it was named after the street where Powers whiskey originated. It is triple distilled and bottled at 46% ABV.