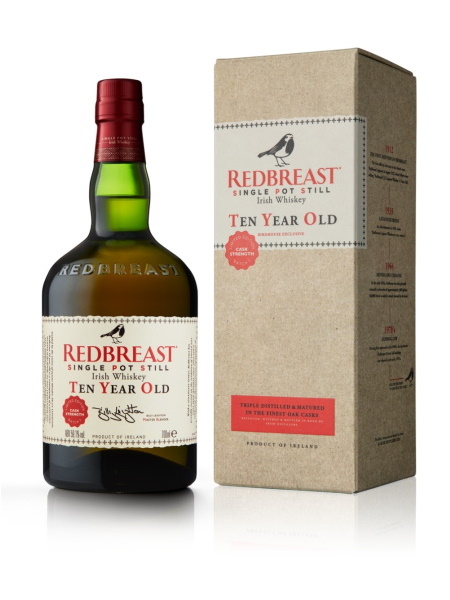 Redbreast was one of Gilbeys’ brands and launched in 1939. The brand died off with the closure of Jameson's distillery in the 1970s but was later relaunched and has re-established itself as one of Ireland's premier Irish pot still brands.

TReleased to celebrate 30 years since Irish Distillers reintroduced the Redbreast brand in 1991, this 10 year old has been matured in both American oak ex-bourbon barrels and oloroso sherry seasoned butts from Spain. Made from malted and unmalted barley it is then triple distilled in copper pot stills. It is bottled at cask strength at an abv of 59.1%.