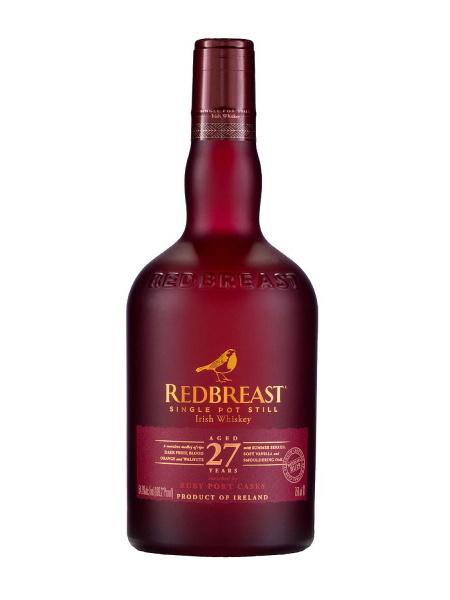 Redbreast was one of Gilbeys’ brands and launched in 1939. The brand died off with the closure of Jameson's distillery in the 1970s but was later relaunched and has re-established itself as one of Ireland's premier Irish pot still brands.

The whiskey has been matured in both bourbon and sherry casks as well as including ruby port casks for the first time. Bottled at 53.5% abv it is non chill filtered with no colouring.